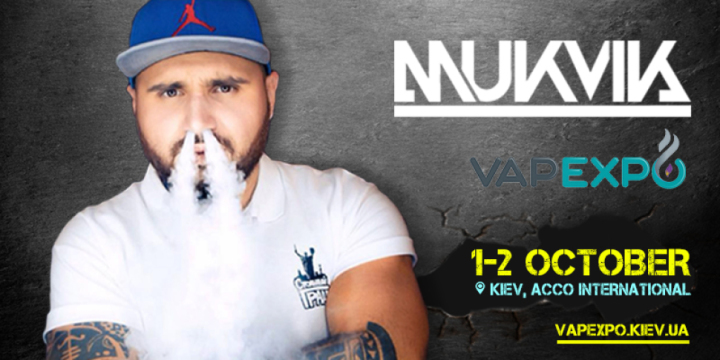 Vaper, founder of Beat’N’Smoke and ThreeStyle Squad music projects. It is he that will rock a platform of the major vaping Ukraine’s event, VAPEXPO KIEV, and generate vapor clouds with us. His name is Roman Mukvik.

DJ Mukvik has been rocking Ukrainian dance floors for more than 8 years. He played in almost all clubs of the capital. Previous year, Roman took a premier place in Revo Energy DJ battle. Italia and the Netherlands listen to his music.

Each DJ Mukvik’s performance is a perfect combination of quality music, creative perfectionism, and explosive energy.

Mukvik will rock our party with trap, hip hop, and dubstep sets. Complete immersion into vape atmosphere is guaranteed!

Rock with us on 1-2 October in ACCO International at the most awesome country’s vape party!