Ukrainian Vapor Week: win your case of beer in the Beer Contest 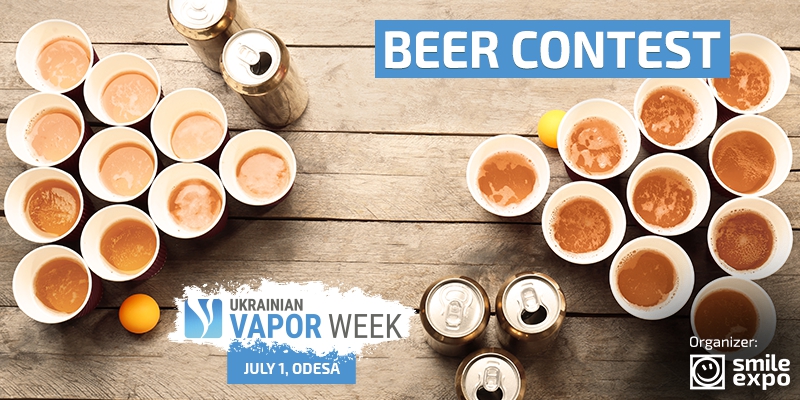 Odesa, beach, beer? Definitely! The first vape exhibition on the shore of the Black Sea titled Ukrainian Vapor Week will not only let you taste beautiful vape flavors, but also provide lots of fun stuff! On the 1st of July, we’ll organize a Beer Contest for all beer fans!

Out of all 10 participants, only two will get to the final! In order to become a winner, one has to complete some easy tasks:

The best player will win not only the applause and praise of the audience, but also a case of tasty beer! Maybe you will become the winner?