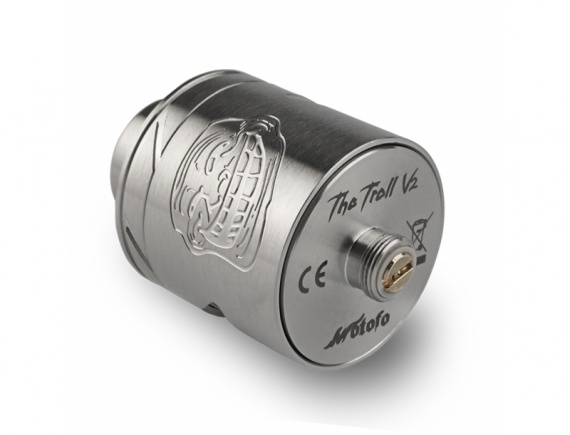 Wotofo has not gladdened its fans with updates for a long time. Even though Troll series is still popular among vapers, it has been getting older morally. Thus, the company presented Troll RDA V2 25mm/Troll RDA V2 Mini.

Vaping devices are rapidly growing in size. Currently, 22 millimeter diameter RDA is considered to be compact and the golden standard is 25 mm size. Wotofo decided to present simultaneously two atomizers, complying with both sizes. As for the rest, devices are quite similar.

The company has not recreated the wheel and put Velocity posts. 2.7 millimeters coil holes will allow to put any coil. But RDAs’ tanks have a bit different capacity. A compact version contains one order less e-liquid that its elder brother.

25 millimeter version also has more interesting airflow implementation. It is conducted through diagonal and horizontal holes. The mini version is equipped with regular horizontal slots on both sides.

Novelties obtained rather small updates, so they should not create a sensation. Nevertheless, those who want to purchase their first RDA, just have to take a closer look to Troll series.