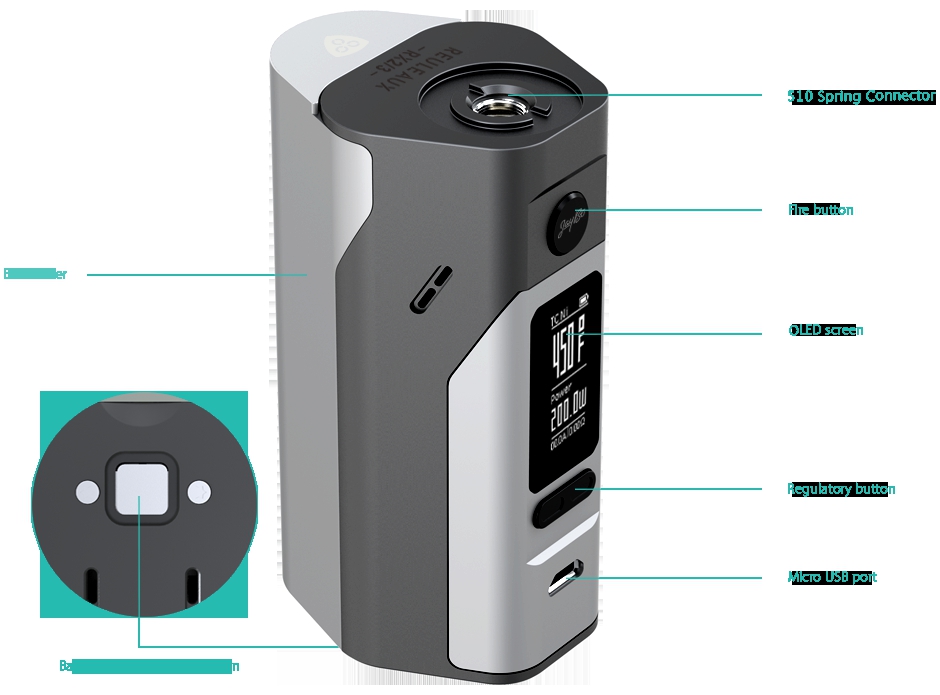 Wismec is an undisputed leader among box mod manufacturers. And it is the whole RX line that has to be thanked for this. Recently, the manufacturer has started upgrading its devices and the next interesting novelty is Reuleaux RX2/3.

Mod appearance hasn’t changed at all. Most probably, Wismec team decided not to recreate the wheel. The only external differences, catching one’s eye, are a good high resolution display and a single regulatory button.

A very interesting solution is that you can use only two batteries. It is a reasonably good option for those who are not used to high-powered vaping, but at the same time don’t like heavy devices.

The difference between RX2 and 3 is quite simple: the maximum capacity of the first device is 150 Watt and of the second one is 200 Watt. As for the rest, boards haven’t changed: several temperature control modes, minimum coil resistance of 0.05 Ohm etc.

After such adaptations, it becomes clear that Wismec did a great job and made its most popular mod even cooler.