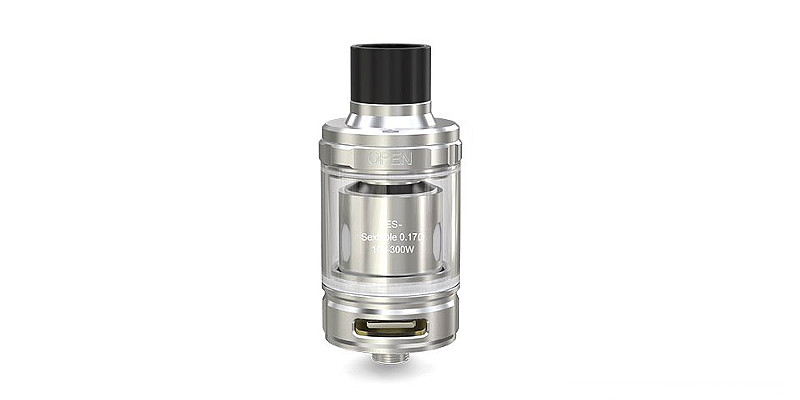 Eleaf decided to start producing serious high capacity atomizers. That is how Melo RT 25 tank appeared and then followed by Melo 300, which will be introduced to you further.

By the decision of the manufacturer, Melo 300 tank was declared a flagship of the line. The design remained similar to its predecessor. Engineers decided to focus on the technical characteristics.

The device is equipped with ES Sextuple evaporator with a resistance of 0.6 ohms, 6 coils and may operate at a maximum power of 300 W.

The air for sure will be enough for everyone - the holes for the intake are just huge.

The company has released two versions of the tank with a capacity of 3.5 and 6.5 ml of liquid. The atomizer is filled from the top. The cover does not have to be opened, it just moves off.

Melo 300 by Eleaf is designed for vapers with an impressive volume of lungs to be able to experience its maximum performance capabilities. Moreover, its price is quite affordable. All we need is to buy it.