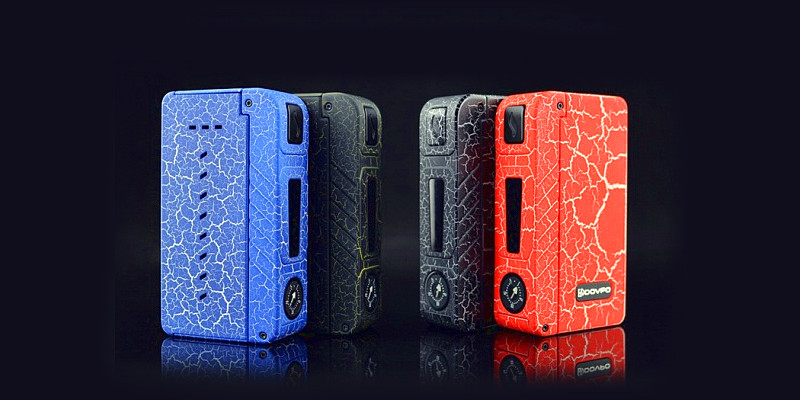 Little-known company Dovpo is trying to attract attention in different ways. One of them is the creation of a new non-rebuildable device. It was called M VV, which is an unusual name. Is there anything else unusual about it? Let’s see.

Box mod has a standard rectangular shape and is made from zinc alloy. It is available in four colors: blue, grey, black, red. The main color is supplemented by intricate tracery on the chassis.

Although manufacturers position the device as a mech mod, they equipped it with a chip. Thus, the device has the basic set of protection features against short circuit, voltage drop and overheating.

Box mod is powered by two 18650 batteries placed in the special compartment.

There is a battery charge level indicator on the side panel of the device.

M VV by Dovpo is more than a mech mod as it is equipped with electronics, but less than a box mod – no comments here. Device will be ideal for those who don’t want to restrict themselves in vaping and at the same time care about their safety. Product costs $35.