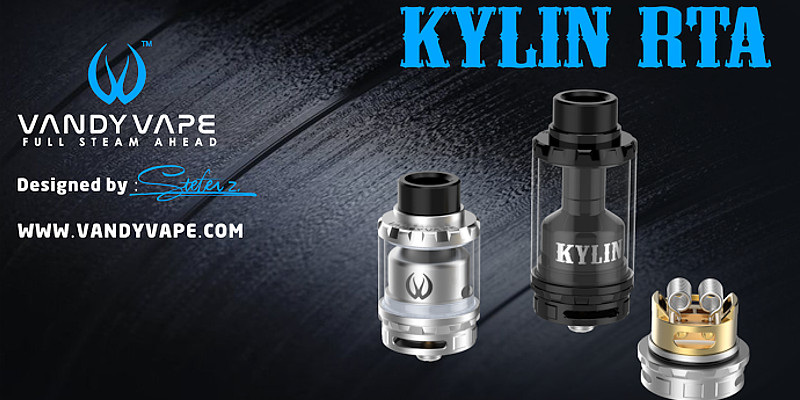 Vandy Vape Company has recently appeared on the market and produced several devices, eye-catching drippers in particular. It’s time to evaluate the company as a manufacturer of tanks: it produced Kylin RTA. Let’s get to the point.

The tank looks very unusually and everyone who sees it at least once will definitely remember it. Upper and lower parts represent thin lines with thread holding a glass body. Name of the model is written on the arch in big letters.

The deck itself consists of holes for installation of coils, screws in its walls and slots for side airflow. The air comes through the bottom of the base. Degree of drag is controlled by a ring.

The tank is designed for 2 milliliters of e-liquid but you can use additional glass and increase its capacity up to 6 ml.

In general, the device strongly resembles a tank by GeekVape. No wonder, the founder of Vandy Vape worked at the above mentioned company.

Kylin RTA by Vandy Vape is quite a good device which will provide simple and comfortable vaping. Besides, the device is attractive. You can get it for $40.