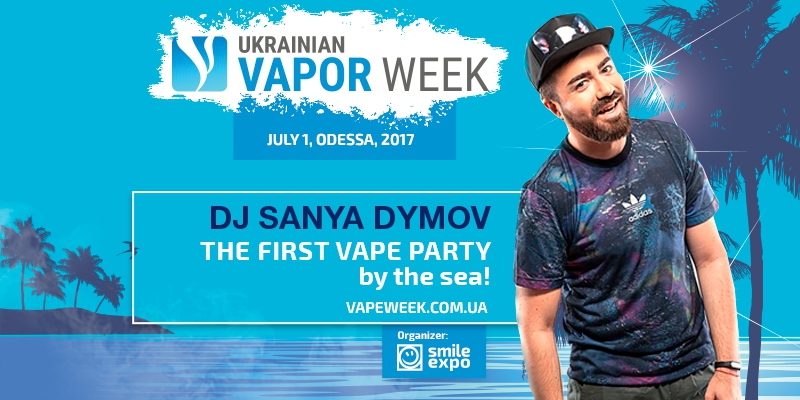 Headliner of Ukrainian Vapor Week Odesa will be country’s top DJ – Sanya Dymov! On July 1, he will heat up the most spectacular summer vape party!

From the age of 14, DJ has been working on Ukraine’s radio stations. Currently, Sanya Dymov is a resident and host on popular NRJ Ukraine radio. He was involved in various TV shows on such channels as PlayTV, STB, Novyi channel, Inter etc. He is the author of the NRJ Pre-Party dance radio project included into top 10 Ukrainian radio shows according to the PromoDJ.ru portal.

His ratings and experience are off the charts:

This year, Sanya Dymov has become an official DJ at Eurovision and will attend Ukrainian Vapor Week Odesa in order to groove the beach vape party to the hilt!

Register for VaporWeek Odesa and enjoy sets from the coolest DJ!