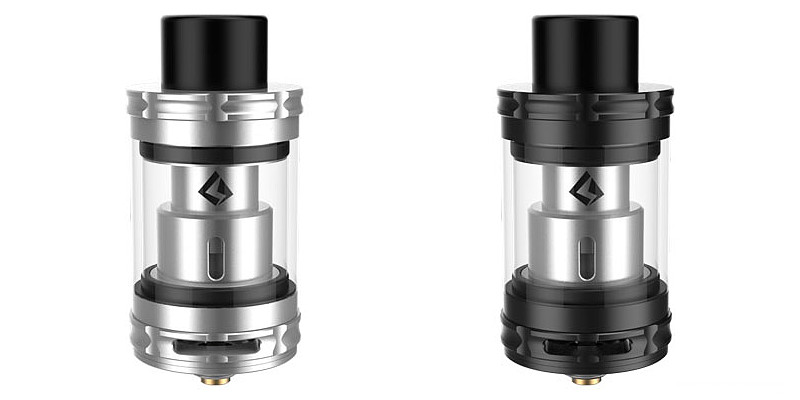 GeekVape became a well-known company due to its powerful atomizers. Vapers are familiar with its Eagle and illusion RTAs. The manufacturer decided to update the second series, that’s why today our readers can get acquainted with a new product – illusion mini tank.

The design of the new device resembles a smaller copy of its elder brother illusion tank. The new atomizer has lost its height (38 mm despite 48 mm), but maintained the diameter – 24 mm, as well as that of the previous model.

The new atty also includes its own vaporizers:

Air inlets are not very big, but their size is enough for tank’s capabilities. Airflow intensity is regulated by a ring.

Unlike its predecessor, the mini version has a rebuildable deck. It has two simple posts and a wide hole for air delivery.

Tank capacity is 3 ml. The hole for e-liquid refilling is located under a top cap.

illusion mini by GeekVape is the atomizer for those who are ready to subvert powerful tech specs to compact size. Well, tank’s features were simplified, but the fact that the device is designed by a proved manufacturer guarantees its stable operation.