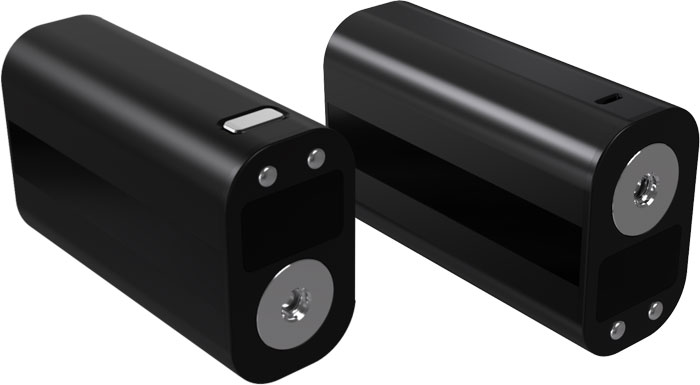 Chinese manufacturer GeekVape has been producing lots of new mods lately. And all seems to be fine but for the fact that their design copies the look of the most popular devices on the market.

The new model called GBOX150 also looks a lot like one of the most distributed mods on the market, but still has many differences.

Basically, it’s somewhat of a brick catching the eye with its black dull color. Device display is located not on one of the ribs bust on the top by the connector. This solution looks alight, being as well convenient. Still, many vapers are not fond of such ergonomics, which can negatively influence sales.

Power adjustment buttons are located there as well. However, the factors under review engage subjective judgment, and such design concept can become a stylish trend among manufacturers in the near future.

Key trick of GBOX150 is hidden within – two 26650 format batteries. Quite an inventive solution considering that all competitors limit such power to 18650 pair.

The lack of an upgrade possibility is some kind of a drawback. Thus the USB port here can only charge the device.

GBOX150 is an interesting device in general, aimed at the narrow circle of consumers. We hope that GeekVape will keep up and surprise us with its other mods, presenting a custom-designed device.