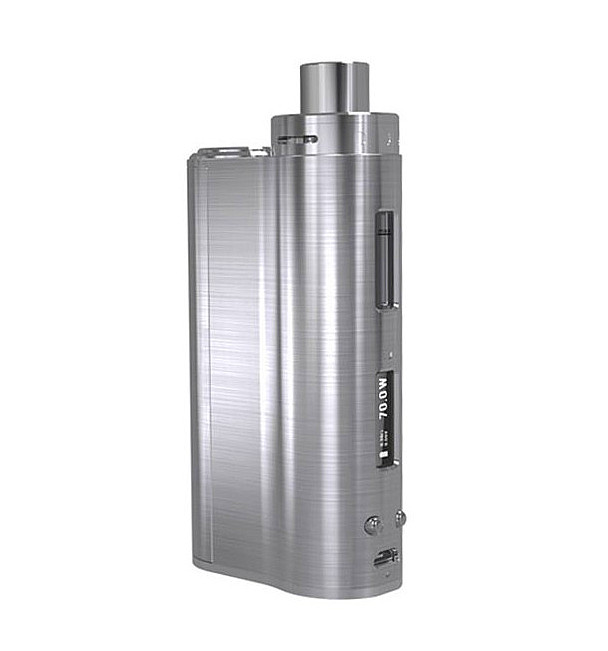 It is becoming difficult to keep up novelties by GeekVape. But for all that, some mods deserve special attention, for example GBOX 70 that is an all-in-one device.

A distinguishing design feature of this device is its iron covering, immediately catching the eye. It is against this background that any structural features are of no particular importance. A convenient window, allowing to check e-liquid level, is worth to be noted. As for the rest, it includes a quite common small display, two dome-shaped power control buttons and, of course, USB charging port.

One should understand that it is not an easy task for all-in-one devices to become popular among customers, that is why, manufacturers should try their best to make the gadget attractive. Nevertheless, the popularity of such e-cig is growing, especially among beginning vapers or those switching from regular cigarettes to vaping.

GBOX 70 output is 70 Watt. Charging is provided by single 18650 battery, covered by a very convenient top cap on magnets similar to Kangertech devices.

The in-built atomizer can boast with only two vaporizers of 0.5 and 0.3 Ohm resistance. It is quite poor choice, which manufactures should definitely extend. The tank contains five milliliters, which is a perfect feature for such a device.

It is not that GBOX 70 turned to be failed. But at the market, such format devices should not have even small defects and the absence of an appropriate range of vaporizers quite limits vaping opportunities. The only thing that can save GeekVape brainchild is the price that the manufacturer has not yet revealed.