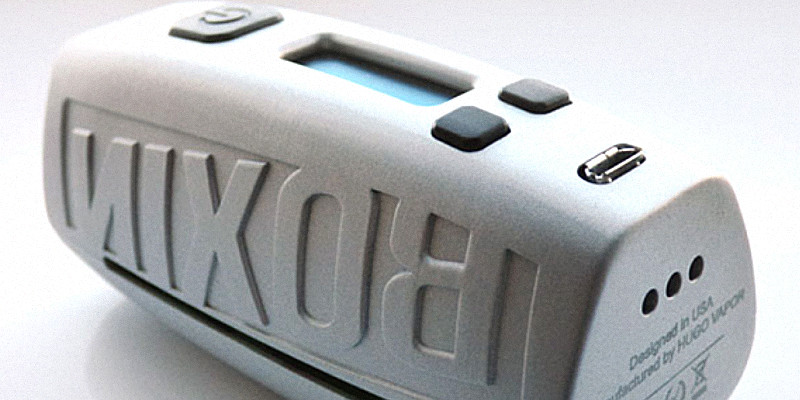 Hugo Vapor has announced its Boxin DNA 75 box mod in summer; however information about its pre-sale appeared just recently. Well, it is time to talk about this “half-new” product in detail.

The main advantage of the mod is DNA chipset, together with long operation time in autonomous mode – the box mod is powered by two 18650 batteries, but its maximum output wattage is only 75W.

The device is compatible with Evolv software, so it is possible to extend the software feature greatly.

Due to its unconventional design, the gadget will be recognizable in its segment – it has a barrel shape. The manufacturer offers two color variations: black and white.

One of the sides has a screen and three chipset control buttons made of plastic.

Engineers have designed battery compartment really nicely: the battery lid features two solid rectangle magnets and the fit is extremely good. The compartment is quite large, making it very convenient to put and remove the batteries.

The only thing left to be said about Boxin DNA 75 box mod by Hugo Vapor is as following: It is too bad that the device hasn’t come in retail right after its launch.